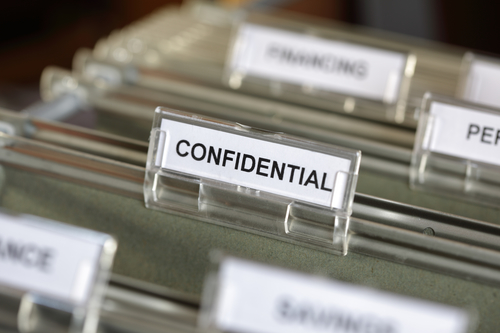 There’s a diet floating around the internet called the “Underground Fat Loss Manual”. A guy named Matt Marshall created it.

The website makes a very enticing pitch. The report is “controversial” and makes claims that go against conventional wisdom. It got banned from Facebook and Google? What’s inside this thing?!

Well, we had to find out. Plus we noticed that most of the other reviews online don’t actually tell you anything about the program. They just re-state what’s already on the website.

So we bought our own copy, studied it, and wrote this review of the Underground Fat Loss Manual for you. Enjoy!

About The Underground Fat Loss Manual

It’s a manual for burning fat quickly using some counterintuitive methods. Supposedly it’s been circulating around the internet and banned by Facebook and Google. (He doesn’t really explain why or how it was banned, but apparently that is a true story…)

So now the only place you can get it is from his website. And he sure does entice you with the possibility of losing 10 pounds in a week, or eating a lot of licorice to help your weight loss. Plus, he doesn’t even talk about exercise.

Read More About It and Get Started Today

The manual itself is a detailed guide that takes you through your first 28 days of dieting. Then it also guides you on how to maintain your new body.

There is a special emphasis on getting fast results within your first few days. How? Going very low calorie.

But it’s not as bad as you might think. One of the great things about this manual is that he explains to you exactly why you’re going low calorie, and why it’s nothing to worry about. In fact he dispels a lot of the myths people have about calorie restriction.

When you buy the manual you’ll get a welcome email from Matt Marshall with a link to download your copy. You’ll also be able to download any bonus reports, the availability of which may vary depending on when you buy it.

The manual is 104 pages in total. He takes a straightforward, “do as I say” approach. Instead of giving you a bunch of theory and vague suggestions, he basically says eat these foods, with these number of calories, for this many days, etc.

As he puts it: “There is literally nothing you need to figure out on your own… If you fail, you simply did not follow the instructions.”

But he also gives some suggestions that are optional. For example, there is an optional “jump start” section, where you go ultra-low-calorie (safely) for a few days in order to shed several pounds of fat quickly. This places you closer to your ultimate weight loss goal and makes it more likely that you’ll see it through.

For example if your goal is to lose 30 lbs, and after a few days you’ve already lost 8 lbs… well, your goal is now almost 30% complete already, so you’ll definitely want to keep things going.

There are a bunch of other things he teaches in the manual:

That’s not all of it, but it should give you an idea of what you’ll be getting. Yes, many of his ideas fly in the face of conventional fitness and dieting advice, but he actually backs up his weirdest claims with real scientific evidence.

Our favorite part was his discussion of mental toughness, hunger, and why so many people fail at dieting.

A lot of the diets we’ve reviewed have “motivational” sections, but it’s all a bunch of tired stuff you’ve already heard a million times.

Matt’s no-nonsense discussion of the mental side of weight loss – which he actually says is 100% of it – is truly excellent.

And with regard to hunger, he is the first person I’ve seen talk about having a “mature” relationship with hunger. But it makes absolute sense: Most people can’t tolerate even the slightest bit of hunger, even though human beings are evolved to go long periods without eating. (His discussion is much more insightful than we are probably giving it justice here…)

Some people are going to be put off by his language and style. Like we mentioned a hundred times already, he’s no-nonsense and he likes to swear, too.

Also, some of what’s taught in the Underground Fat Loss Manual is so different than other diets that a lot of people will dismiss it entirely.

But if you can stomach a little harsh language and suspend your disbelief, you’ll find that this is perhaps the best fat loss diet you’ll find in 2019.

Conclusion: Do We Recommend It?

Buy the manual and follow it, and you should lose a bunch of fat. It’s as simple as that. But if you’re not happy you can get a 60-day refund.

We doubt you’ll need it. Seriously. Try it today and see how fast you can create a new life: >>www.fitnessunderoath.com<<