When it comes to improving your posture, we’ve written a lot about why it’s important and how to do it. But we haven’t really explained in detail exactly what happens in your body that causes bad posture.

So in today’s post we will look at a region of our musculoskeletal system that affects posture and much more: the hip flexors.

We will address a simple question: what are hip flexors? A basic understanding of these “survival muscles” will help you see why it’s so important to keep them healthy and functional.

What Are Hip Flexors?

The simple answer: your hip flexors are the group of muscles located at the front of your hips, thighs and lower abdomen responsible for moving your torso and legs.

More specifically, your hip flexors include the following muscles:

As you can see there are several different muscles that comprise the hip flexors. But three of them are especially prone to becoming short and tight: psoas major, iliacus, and the rectus femoris muscles.

These two muscles are categorized together because their function is intertwined. In fact they are sometimes referred to singularly as the iliopsoas. 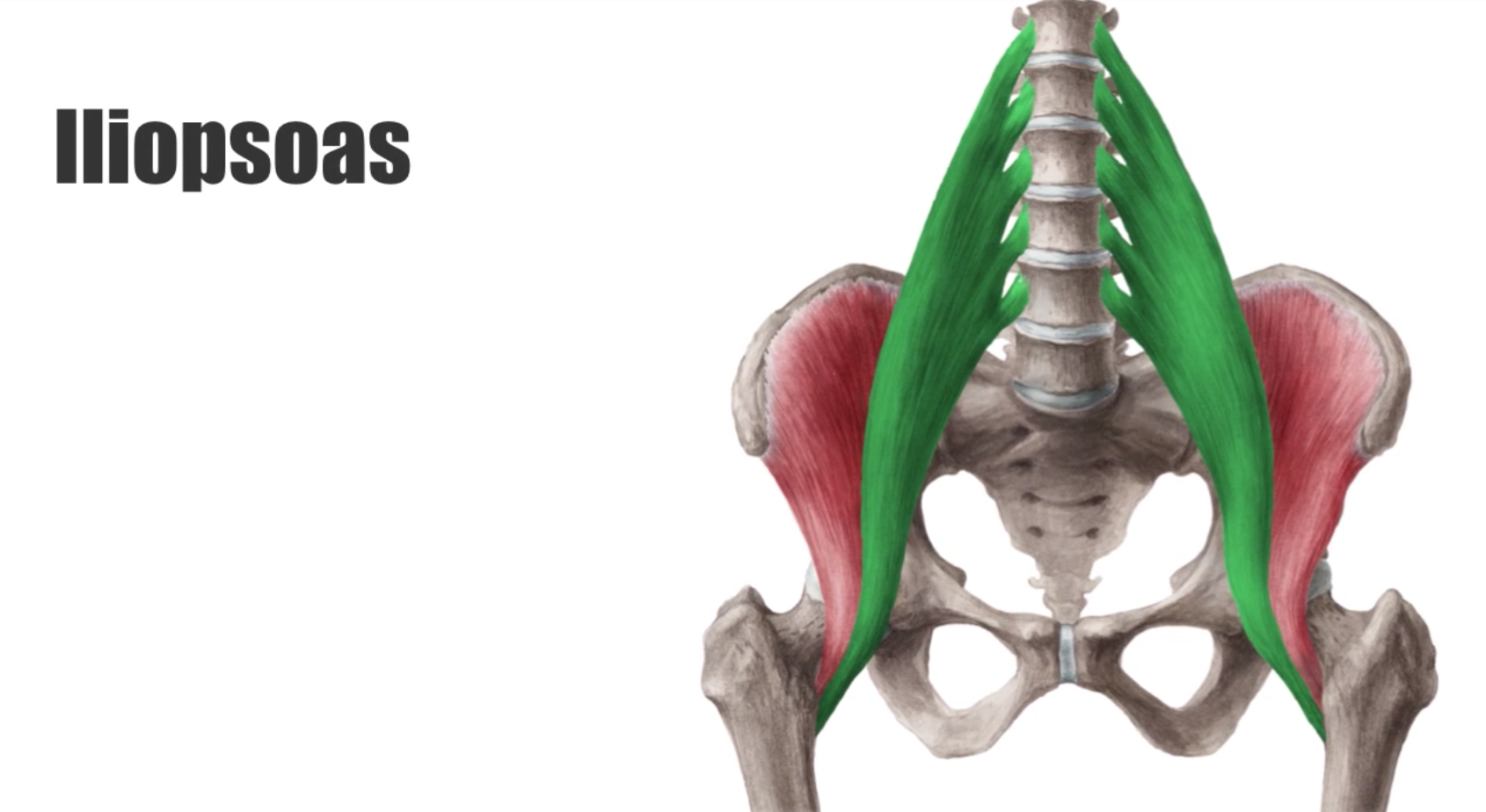 The iliopsoas are among the few muscles that link your upper and lower body (the piriformis is the other). From Yoganatomy:

They link together toward the bottom (distal) end where they attach to what is called the lesser trochanter of the femur. This means that the muscles cross the hip (acetabulofemoral) joint. Because of their positioning, they are very powerful hip flexors. The strongest in the body in fact. Additionally, this muscles externally rotates the femur from anatomical position.

Note: The psoas minor may also be considered a part of the iliopsoas. However, about half the population does not have a psoas minor. The psoas minor can help with pelvic positioning, but is not an important muscle in the human musculoskeletal system. 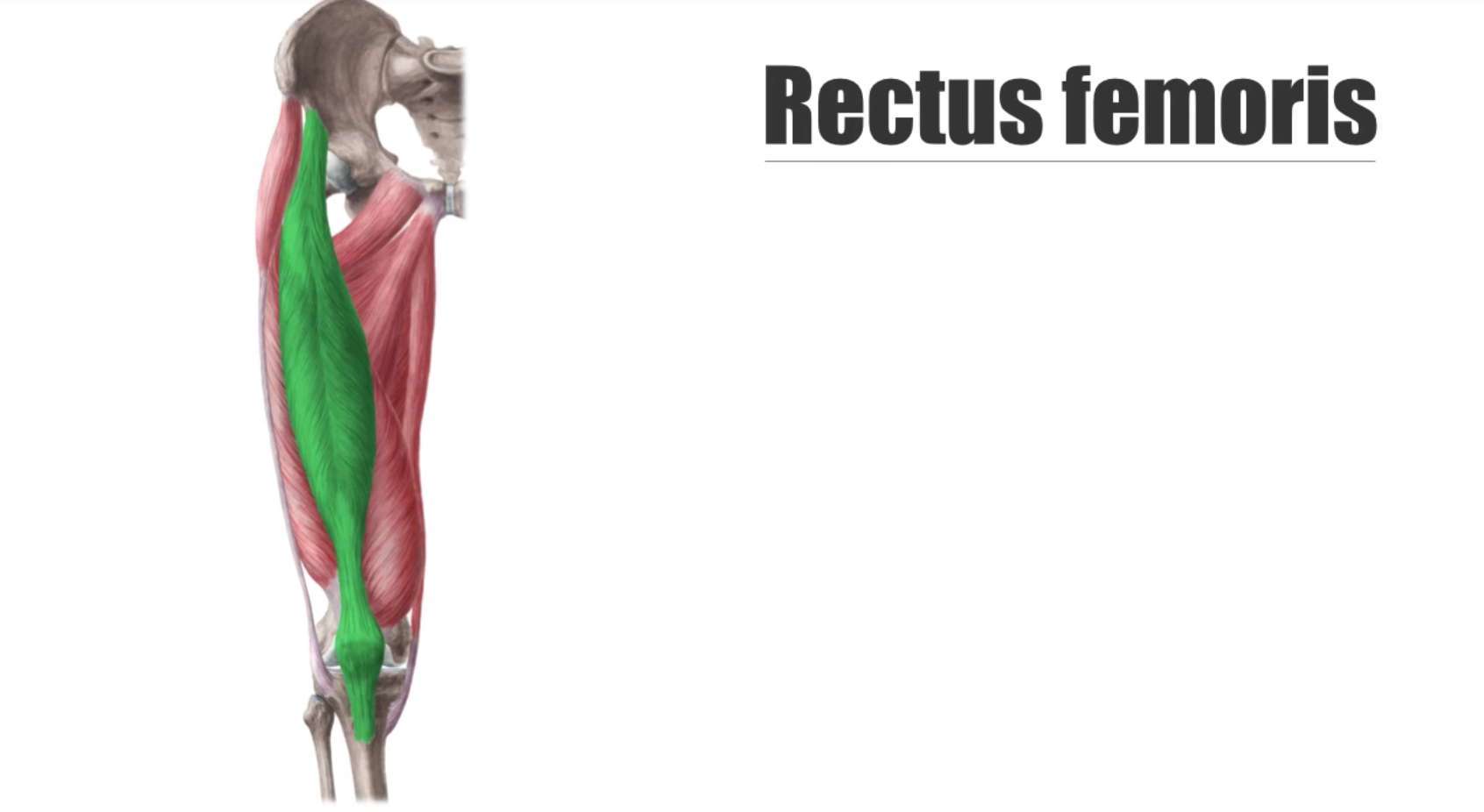 The rectus femoris muscle is the other major player in our hip flexors. It’s location and basic function (from Healthline):

Interestingly, even though it’s the only muscle that can actually flex the hips, the “hip flexors”, as commonly used, are still comprised of multiple muscles.

Why Your Hip Flexors Matter

In short, your ability to move your body freely is largely up to your hip flexors. From Fit Day:

There are only so many ways your body can move, and almost all your movements involve your hip flexors.

Maintaining an upright posture requires full range of motion in your hip joints.

If your hip flexors are extra tight, your torso will be tilted forward. This is what’s known as anterior pelvic tilt. This video explains it well:

If your range of motion is restricted, it goes without saying your athletic performance will suffer. From Robert Camacho writing at Breaking Muscle:

The problem becomes that when your hip flexors are tight, it throws off your pelvic position. Once you stand back up, your tight hip flexors will pull your pelvis forward into an anterior pelvic tilt (APT) and this can cause a whole host of issues. First and perhaps most obviously, tight hip flexors can contribute heavily to hip flexor tendonitis, particularly when you try to use them in a flexion heavy activity like running. Having your pelvis tilted anteriorly will also lengthen your abdominal muscles into a less than ideal position, which can lead to poor abdominal control and poor core stabilization.

Even if you’re not a serious athlete, injuries are something we’d all like to avoid. Especially preventable ones.

Tight hip flexors may do more than just restrict your motion (although that’s bad enough). There are many health experts who consider the hip flexor muscles crucial to your overall wellbeing.

Your psoas is not merely a muscle. It is the primal messenger from the core of your being. This bio-intelligent tissue expresses your integrity on every level and may be perceived as the guardian of the Hara, commonly referred to as the moving center. Located deep within your core, your psoas is a source of inner power.

Excerpt taken from this page.

This view is also shared by Rick Kaselj, whose Unlock Your Hip Flexors program promises to not just increase your hip flexibility, but significantly improve your overall health.