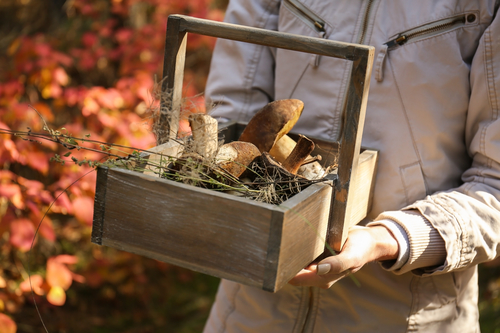 We take our weekly trips to the grocery store for granted, but what if we didn’t have that option?

Few people can truly fend for themselves. Let’s face it: we depend on our modern food system to keep us alive.

This is a big problem. Food production and distribution depends on a complex, fragile system of moving parts. We are more vulnerable to a massive food shortage than you might think.

If we want to protect ourselves and our family in a disaster, we should learn the food-gathering skills our ancestors had. And it might be simpler than you think.

For example, a contributor to Survival Blog notes that simple potatoes can grow in all kinds of surprising locations… even horse troughs:

I have grown potatoes in horse troughs for several years now. In the summer of 2016, when the foliage dried up and the soil was dry, I pulled the stock tank drain plug insuring no water was in the water chamber in the bottom of each trough for the winter months. I decided to leave the potatoes in the dry soil and cover with 12” of straw, to keep the sunlight off the potatoes and to protect them from a freeze the winter months might bring. Be sure to cover the troughs with plastic to keep the soil dry throughout the winter and spring so the potatoes wouldn’t rot or start sprouting.

This was an outstanding discovery knowing we have juicy plump potatoes waiting for the picking when needed. But come May, the few potatoes that were left in one trough did start sprouting. Still, they were awesome potatoes, so I picked off the sprouts and consumed the spuds.

Over at the Survival Mom blog there is a great article about setting up an “emergency kitchen”. Some of the lessons here come from people who were in the recent natural disasters in the United States:

With all of the disasters that have happened lately, many families have been without electricity, and experiencing the joys of cooking and serving meals to their families in spite of the challenges. Others have electricity but not a full kitchen to work in. Their homes may be safe enough to live in, but without electricity, they can’t use some of the appliances in the kitchen. I asked my Facebook readers to share their experiences and advice about setting up an emergency kitchen. As usual, never fail to impress.

Of course you can’t forget about water. Very few people access to safe drinking water other than through their plumbing and food stores.

Knowing what to do here is critical, because you can die of thirst much faster than you can die of hunger. A post on Urban Survival Site describes how you can convert saltwater to drinking water (especially useful if you live on a coast):

Everyone living in a coastal area should learn this skill. If you run out of drinking water and there’s a drought or you have no access to lakes or rivers, you might have to gather water from the ocean.

The cruel irony of planet Earth is that there is water almost everywhere, but less than one percent of it is safe to drink. Not only will drinking salt water make you even more dehydrated, enough of it will cause kidney failure and death. But knowing how to turn salt water into drinking water can get you around this problem.

Obviously nobody wants a major event to disrupt our food supply. But the point here is that it could happen. And it’s much better to be prepared.

Of course, you’re not going to be able to fend for yourself after reading a few articles on preparedness. But if you set a goal to prepare your family for a massive food and water shortage, and take steps every day, you can be prepared in no time.

The first place to start is with education. If you have no idea how to feed yourself in an emergency, start by doing some reading. We’ve written about a particularly helpful book about basic survival skills, but there are others as well.

What matters is that you start today so you won’t be caught off guard when things get bad. 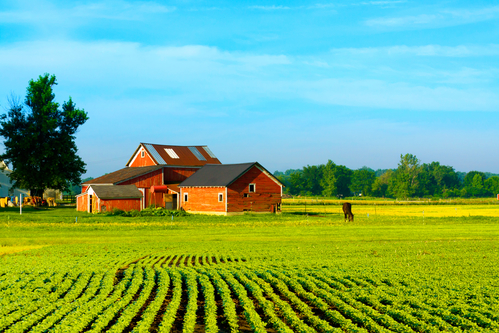