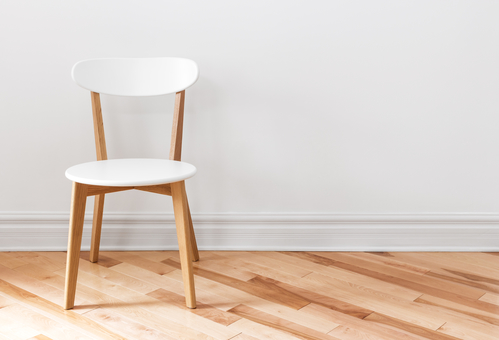 Sitting is the new smoking. It’s a phrase that’s been tossed around a lot lately.

Sounds catchy. But is it accurate?

Smoking leads to thousands of deaths per year. These deaths are from illnesses that are directly linked to smoking.

In that sense, the comparison falls short. But sitting still has its problems.

The better question might be: how alarmed should we be about the effects of sitting? Are we having a public health crisis?

Let’s look at what the experts say.

How Worried Should We Be?

Sitting down in chairs is so common that we hardly question it. But if history tells us anything, it’s that we don’t always realize our errors as we’re doing them.

The anti-sitters fear that one day people will look back at all the sitting we do and wonder, what were we thinking? The same way we look back at smoking indoors. Or using leeches as medicine, for that matter.

A 2016 article in the British Journal of General Practice described what we know about the problem:

Recent research suggests that sedentary lifestyles are themselves a risk factor for cardiometabolic morbidity and all-cause mortality, even when controlling for overall levels of moderate to vigorous physical activity. The fact that we can’t erase the effects of a lifetime spent sitting at the desk (or on the sofa) with a few weekly trips to the gym is an inconvenient truth at a time when the majority of the population, GPs included, remain wedded to our desks and computers.

As the authors point out, we know that lack of physical activity and a sedentary lifestyle carries health risks.

But notice that they don’t say sitting specifically causes morbidity. And that’s because the evidence for that is less clear.

The article continues on to say that if prolonged sitting itself is the problem, then using standing desks should lead to certain health improvements. But the evidence isn’t really there:

A systematic review of standing and treadmill desks in the workplace found few short-term improvements in physiological outcomes with standing desks. However, greater improvements were associated with treadmill desk use (although treadmill desks also resulted in larger decreases in work productivity and motor abilities). Meanwhile, the findings of the recent Whitehall II cohort study suggest that the relationship between sitting and morbidity may be more nuanced. Five different indicators of sitting time were examined over 81 373 person-years of follow-up, finding no associated mortality risk. The authors concluded that this may be due to the protective effect of higher than average daily activity in this cohort (mostly from walking) and postulated that previously reported relationships between sitting time and health outcomes may be due in part to low total daily energy expenditure rather than simply posture.

In other words, sitting itself might not be the problem. Far more important is lack of physical activity, it seems.

Keep in mind: the authors were focusing more on mortality (deaths) and “cardiometabolic morbidity”. They don’t address the other issues caused by sitting. And the obvious issue that comes to mind is back pain and bad posture.

The research is pretty clear about this.

A study published in 2015 in PLoS One tracked how long workers spent sitting in a chair each day, and how that correlated with low back pain (LBP). Their conclusion:

We observed a positive association between hours of total, occupational, and leisure-time sitting and LBP intensity. The estimates remained largely unchanged after adjustment for various individual and work-related factors. These positive associations between sitting time and LBP were also confirmed in the analyses based on categories of sitting time.

An earlier literature review in 2007 reached a more nuanced conclusion. Published in the European Spine Journal, the authors found that prolonged sitting does increase the risk for low back pain when in an awkward body posture, and/or during whole body vibration (WBV; such as when driving a car).

The risk effect of prolonged sitting increased significantly when the factors of WBV and awkward postures were combined. Sitting by itself does not increase the risk of LBP. However, sitting for more than half a workday, in combination with WBV and/or awkward postures, does increase the likelihood of having LBP and/or sciatica, and it is the combination of those risk factors, which leads to the greatest increase in LBP.

There are nuances to the ways sitting affects us. But plenty of research – and mountains of anecdotal evidence – indicates that sitting indeed causes back pain.

This also suggests that it’s not enough to take more breaks from sitting at your desk, or living a more active lifestyle in general. Those things are good to do, but you may need to address your posture specifically.

It starts with a daily routine to improve your flexibility and strength. Your hip flexors are a good place to start, as they tend to be weak and inflexible in those of us who sit a lot. We review our recommended program here.

The goal is to avoid reaching the point where your back is constantly in pain. This makes treatment – and life in general – much more difficult. Just ask anybody who suffers from it.

While you might not be able to ditch your desk job, being more active and making the effort to improve your posture can go a long way toward minimizing the damage.