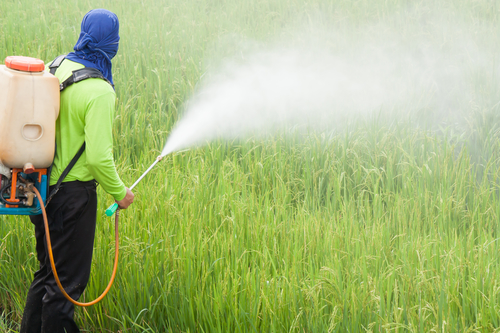 Toxins are everywhere. You probably already know that, but it bears repeating.

I’m not trying to alarm you – just inform you. When you hear about “detox diets” it helps to understand what exactly you need to detoxify from.

In case you missed it, we’ve written about this before. But in this post I will show you some more specific examples of toxins that you encounter in your everyday life.

Before we begin, I want to make something clear: toxin does not mean something that will kill you. Their effects are far more subtle.

And it might not be possible for you to completely avoid them. But you should still be aware, and minimize your exposure to these things as much as you can.

Nitrates and nitrites are commonly used as a food preservative – especially in processed meat. The problem is, if they are exposed to heat while in the presence of other amino acids, they turn into a compound nitrosamines. Nitrosamines are known to be carcinogenic, or cancer-causing. (See this study for evidence.)

Where do you find nitrates? In all kinds of foods. In fact, vegetables have a high concentration of nitrates. But remember, it’s not nitrates that are the problem. It’s the nitrosamines that form when nitrates are heated.

It’s mainly processed meats that you should really avoid. I’m a big proponent of plant-based diets, but I realize it’s not for everybody.

So what’s a meat lover to do here? Kris Gunnars addressed this in an article for HealthLine. Here’s what he says:

You can choose quality bacon that is truly nitrate-free, not laden with celery salt or something similar that also contains nitrates. A lot of “nitrate free” bacon can even contain more nitrates than conventional bacon…

The one I get is basically just salted pork belly. I buy it frozen because it doesn’t keep well without the nitrates/nitrites.

It tastes just as good, if not better, than regular bacon.

Try to buy local if you can, or from a farmer’s market. If you can get your hands on it, bacon from pasture-raised pigs should be much healthier than bacon from “conventionally” raised pigs.

Another thing you can change is the way you cook your bacon. Frying it at a lower heat for longer will produce less nitrosamines than a higher heat for a shorter amount of time. Burnt bacon is the worst.

I strongly recommend you read the full article, because it describes the myths and facts about nitrates quite well, with lots of supporting evidence cited.

In order to produce crops cheaply and at scale, big agricultural companies smother them in dangerous pesticides. This means food becomes less expensive for most people, which seems like a good thing.

And we’re also assured by the United States Environmental Protection Agency that foods grown with pesticides are generally not harmful. Here’s what they say:

It is important to note though, that just because a pesticide residue is detected on a fruit or vegetable, that does not mean it is unsafe. Very small amounts of pesticides that may remain in or on fruits, vegetables, grains, and other foods decrease considerably as crops are harvested, transported, exposed to light, washed, prepared and cooked. The presence of a detectible pesticide residue does not mean the residue is at an unsafe level. USDA’s Pesticide Data Program (PDP) detects residues at levels far lower than those that are considered health risks.

But this “assurance” doesn’t seem to tell the full story. It’s true that eating an apple that was grown with commercial pesticides won’t kill you. What’s not clear, however, is what the effects are of consuming low levels of pesticides throughout your entire life.

Environmental law expert Sanne Knudsen from the University of Washington School of Law describes the problem in a Q&A on the school website. She calls the problem of long term exposure “cumulative risk.” Here’s what she says:

Cumulative risk tries to get at the real-world exposure scenarios, in which we understand that an individual is not exposed to a single product but to multiple products, multiple chemicals at the same time. This occurs through many exposure pathways like skin, inhalation and food.  The interactions between these exposures can be additive or even synergistic, especially for classes of chemicals that act in a similar way. For example, multiple chemicals can be endocrine disruptors, like as antibacterial agents in soap or flame retardants on couches.  From a public health perspective, it’s less useful to only ask about the endocrine disrupting potential of one chemical and more useful to ask about the cumulative effect of a class of endocrine disruptors. Of course, the consideration of multiple exposure pathways from multiple chemicals is what makes cumulative risk assessment complicated and helps to explain why it’s something that has fallen to the back burner of regulatory efforts.

The cumulative effect of these chemicals is something we all deal with. And on a large scale, public health policy will have to address these risks. But on an individual level we can minimize our exposure through eating organic and paying closer attention to where our food comes from.

Just like pesticides in our food, avoiding toxins in our water is quite difficult. Even the most developed countries are unable to adequately purify all pollutants from water.

That means there probably are things you’d rather not know about in your tap water.

It’s not just human waste that makes it’s way into our water system. Animal waste (especially from livestock) is an enormous source of pollution. This 2014 post in One Green Planet takes a startling look at how big of a problem animal waste is for our water safety:

Actually, the main source of nitrogen and phosphorus in surface and groundwater is manure.  These excess levels of nutrients are the cause of algal blooms which end up killing fish due to the oxygen being depleted in the water. High levels of nitrates not only make water taste bad but it also can cause methemoglobinemia or “blue baby syndrome” which is fatal to babies.

Manure can contain antibiotics and hormones which have affected the reproductive system of fish in some cases. It also can contain pathogens such as Salmonella, E. coli, Cryptosporidium, and fecal coliform.  Animal waste has the ability to pass on over 40 diseases to humans! In addition to diseases, animal poo can contain heavy metals like lead which is known to cause kidney issues and nervous system disorders.

By the way, this doesn’t even mention the impact of other types of waste. Think of all the runoff from pharmaceuticals, synthetic chemicals, and everything else that seeps into our water supply.

Good water filtration is obviously critical. But even the best filters aren’t 100% perfect. That’s why a regular detox cleanse might be necessary for maintaining good health.

There’s some controversy about whether detox diets truly help remove the types of toxins described above. But in my opinion, if you can eliminate even some toxins that are stored in your body then a detox diet will be worth it. Even if the only thing a detox does for you is reduce the amount of food-related toxins you ingest for a while, then that’s only going to help.

So how do you detoxify? To start, you can check out our guide to detox diets (see our link at the top). You can also take a look at our review of this program which is quite popular at the moment. It might not be for everybody, but you can read more about it and decide if it’s right for you.