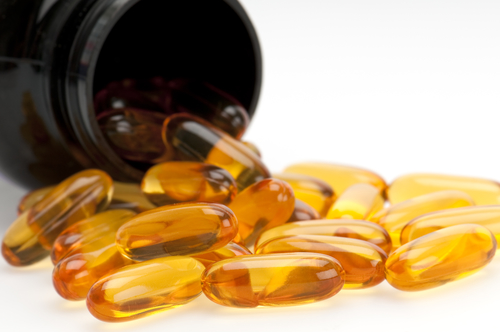 One fat burning supplement that’s received a lot of press is conjugated linoleic acid or CLA. Part of its fame might be due to being featured on Dr. Oz’s TV show and on his website multiple times.

As with all diet supplements – and especially fat burners – the question is whether evidence supports the claims.

This review will attempt to clarify what’s known about CLA as a weight loss supplement, its side effects, and identify alternatives.

What Is Conjugated Linoleic Acid?

Conjugated linoleic acid is a derivative of linoleic acid, an omega-6 polyunsaturated fatty acid. Our bodies do not produce this type of fatty acid naturally, therefore we have to get it from our diets.

In general, polyunsaturated fats are considered beneficial and in fact necessary. The American Heart Association summarizes it this way:

Polyunsaturated fats can help reduce bad cholesterol levels in your blood which can lower your risk of heart disease and stroke. They also provide nutrients to help develop and maintain your body’s cells. Oils rich in polyunsaturated fats also contribute vitamin E to the diet, an antioxidant vitamin most Americans need more of.

The difference comes down to the way the molecules are structured. Linoleic acid molecules contain two cis bonds, whereas conjugated linoleic acid contains a trans bond, thus qualifying it as a trans fatty acid.

Important note: Linoleic acid the polyunsaturated fat gets lumped together with CLA on many health websites. But they are not the same thing, and a natural source of linoleic acid is not necessarily a source of CLA.

Although this article is about CLA and fat loss, we should note that other health benefits have been studied as well

Interestingly, researchers were interested in CLA as a cancer cell inhibitor, after noticing the apparent anti-carcinogenic effects of ground beef.

Subsequent research suggests that CLA supplementation could indeed have an effect on tumor growth in breast tissue, but further research is needed to clarify.

Some research has also been done on CLA’s ability to boost the immune system and decrease inflammation.

Still much of this research has been done using animal models, but investigations are continuing.

In the past 15 years, CLA has been touted as a powerful weight loss supplement.

It is unclear where the idea that CLA promotes fat burning originated. It likely coincided with the rise of “functional foods” (foods thought to have specific health or medicinal effects) in the nutrition world a couple decades back.

CLA as a fat burning supplement was initially studied in animals. A 1997 study published in Lipids found mice fed a diet supplemented with CLA had significantly lower body fat than control mice.

Similar results were subsequently found by other researchers.

Does CLA Cause Weight Loss In Humans?

The evidence for CLA as a weight loss supplement in humans is mixed.

A 2015 review paper published in Nutrition & Metabolism provides an extensive summary of studies of CLA and fat loss in human subjects.

They found that there were at least a dozen studies showing a reduction in body weight or body fat using different measures. These included studies using food enriched with CLA as well as commercial CLA supplements. Study length ranged from 4 weeks to 36 weeks.

One study demonstrating weight loss was summarized as follows:

They also found several studies that showed no increase in fat loss in groups using CLA.

Regarding fat loss, the review article reached an interesting set of conclusions:

From the aforesaid reports, it seems that a minimum daily dose (about 3 g/human) is required to induce reduction in fat. Some clinical studies suggested that administration of CLA might be the most effective strategy in controlling regionalized reduction of fat mass rather than its constitutional reduction, i.e., uniformly in the whole body. For instance, administration of 3.4 g/d CLA for 6 month reduced fat mass significantly in legs.

Another 2015 review article published in the Journal of International Society of Sports Nutrition looked at the evidence for and against CLA as a treatment for obesity. Their conclusion included the following:

The capacity of CLA to alter the body composition positively by reducing the fat mass was proved in experimental models, and, in some studies on human beings. In fact, few studies have evaluated the use of CLA alone or in combination with physical exercise in humans, regarding changes in body composition. Therefore, the clinical evidence appears to be insufficient and not unanimous regarding the effects on body fat reduction and major side effects have already been described.

The best available CLA weight loss reviews show that there isn’t strong evidence for CLA as a powerful fat burner.

Some studies demonstrate increased fat loss in subjects taking CLA, either in supplement form or as enriched dairy milk. Studies suggest that the optimal CLA dosage for weight loss is at least 3 grams.

Given that the evidence is inconclusive, CLA supplements for weight loss should be used with caution. They may help with weight loss, but the difference could be minimal, and they have a risk of side effects.

There are a number of potential side effects associated with CLA supplements:

Oxidative stress can cause damage to cells, and over the long term can lead to heart disease and cancer (source).

Keep in mind that these side effects have been seen in people who used CLA supplements, not in naturally occurring conjugated linoleic acid.

One of the most popular CLA supplements on the market today is safflower oil.

In order to market safflower oil as a CLA supplement, linoleic acid is converted by a proprietary industrial process to conjugated linoleic acid. As Superfoodly summarizes:

The best CLA supplements are also made from safflower oil, but they use a patented process to convert more of it into conjugated linoleic acid. That means even before your body digests it, there is a higher amount of the conjugated form present versus what even a high oleic safflower oil can provide.

Commercial dosage is usually at least the minimum of 3g that was frequently used in studies.

As a CLA supplement, users will have the same risk of side effects as was described in the reviews above. This includes the chance for serious long term health problems due to oxidative stress.

Due to the inconclusive clinical evidence, and the risk for side effects, we do not recommend taking CLA safflower oil as a diet or athletic supplement.

For safe and long term weight loss, we recommend a diet plan based on quality food choices coupled with exercise. Supplements for weight loss can be a helpful addition but are not a substitute for sensible eating choices.

If you do choose to use a supplement our list of medically proven weight loss supplements for help.